What are the differences between Tawhid and Shirk?

Dajjal did not take part in the Quran! 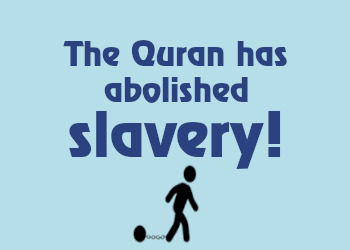 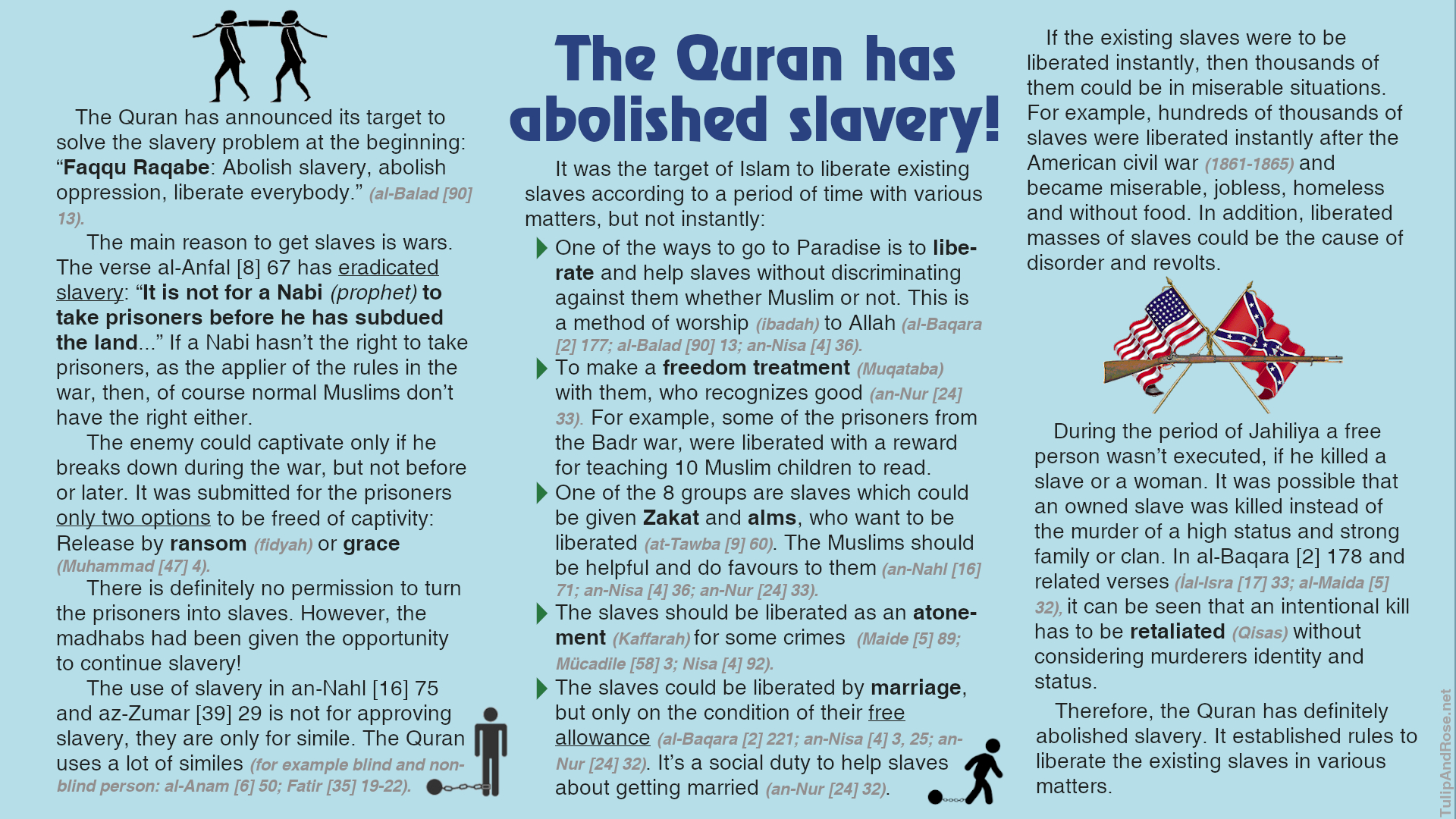 The Quran has announced its target to solve the slavery problem at the beginning: “Faqqu raqaba: abolish slavery, abolish oppression, liberate everybody.” (al-Balad [90] 13).

The main reason to get slaves is wars. The verse al-Anfal [8] 67 has eradicated slavery: “It is not for a Nabi (prophet) to take prisoners before he has subdued the land…” If a Nabi hasn’t the right to take prisoners, as the applier of the rules in the war, then, of course normal Muslims don’t have the right either. The enemy could captivate only if he breaks down during the war, but not before or later. It was submitted for the prisoners only two options to be freed of captivity: Release by ransom (fidyah), or grace (Muhammad [47] 4). There is definitely no permission to turn the prisoners into slaves. Rasulullah didn’t turn anyone, including the prisoners from the first war thus Badr, into slaves. However, the madhabs had been given theopportunity to continue slavery!

It was the target of Islam to liberate existing slaves according to a period of time with various matters, but not instantly:

* To make a freedom treatment (Muqataba) with them, who recognizes good (an-Nur [24] 33). For example, some of the prisoners from the Badr war, were liberated with a reward for teaching 10 Muslim children to read.

During the period of Jahiliya a free person wasn’t executed, if he killed a slave or a woman. It was possible that an owned slave was killed instead of the murder of a high status and strong family or clan. In al-Baqara [2] 178 and related verses (al-Isra [17] 33; al-Maida [5] 32) it can be seen that an intentional kill has to be retaliated (Qisas) without considering murderers identity and status.

Therefore, the Quran has definitely abolished slavery. It established rules to liberate the existing slaves in various matters. 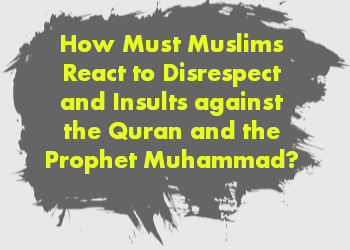 How Must Muslims React to Disrespect and Insults against the Quran and the Prophet Muhammad? 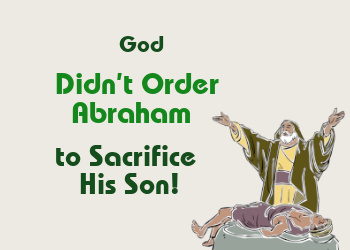