The Workplace of Zainab

The Workplace of Zainab

In the life of Zainab Bint-e Jahash, one of the Mothers of Islam, we can see the piety in genorisity and handcrafts.

For example, Ummu Salama tells as about The Prophet Muhammad’s appreciation for Zainab Bint- e Jahsh and how he often spoke about her. She was a very devout woman; She abundantly fasted, rose for prayer during the night and was a very talented artist who gave all her earnings to the poor.
Zainab Bint-e Jahsh was described in another tradition as a craftswoman. Her work included the sewing of leather from which she gave her entire earnings as Zakaat in order to seek the way of Allah.
Zainab Bint-e Jahsh skills as a leather craftswoman included tanning raw leather hide and sewing them for clothing as well as to sell. In other traditions we could see that Zainab had a seperate room, which served as a workplace, in the house of the Prophet. 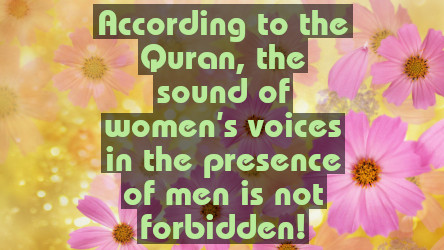 According to the Quran, the sound of women’s voices in the presence of men is not forbidden

Doing science is also an order for women!